At the Games 4 Change 2014 festival, member of the board of directors, Jane McGonigal took a glimpse into the future (2024) and presented 5 nominees of the ‘Game 4 Change Of The Year Award” from 2024. Jane, known from her work at the Institute For The Future, her TED talks, her book(s) (she is gaming a new one!) and her inspiring interviews and lectures has some great potential winners for her audience.

She supports her claim for every nominee by adding up innovations or research that have recently (2014) come to the attention of the world. One of the nominees caught my attention from a games for health perspective with regard to persuading people to live healthier by using an alternate reality game: megaNFL. As I am an USA enthusiast and sports jock I could easily relate to this game which connects to American Football, but it is easily translated into other sports like soccer, (field)hockey or handball for instance.

The first exemplary innovation that is emerging now that she uses to support her claim are the rise of gadgets and wearables that track your activity (and other body related signals). Wearable tech like: Nike+ Fuelbands, Samsung watches, Moves apps on your phone, the rise of measuring humanly produced signals is upon us. One small step for technology, one giant leap for alternate reality gaming! With the data and information collected competitions and battles can be created, often against each other or against groups. 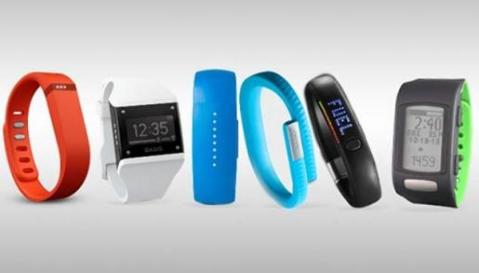 Often these competitions are based on the miles/kilometers that your run, on how often your run, or how fast you run. But there are a few examples of storytelling and creating an immersive alternate reality. On of them is the second addition Jane shows in her claim: Zombie Run . When using this app during your runs, you get special assignments to run to a special route or distance to collect ammo, medicine or weapons that can be used against Zombies that are haunting your real life environment. It also occurs that the Zombies can attack you and that you have to run from them! In this way behavioral change is motivated by alternate reality gaming. 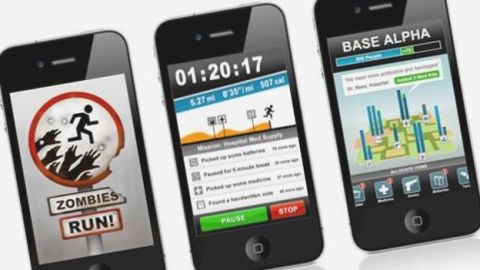 The third addition in the claim is the popularity of fantasy sports games. Millions of people worldwide play with a fantasy NFL team, a fantasy soccer team, a fantasy formula 1 or even a fantasy field hockey team. Some of the games are connected to real world players, some aren’t, some are for money, some are just for fun. In these games you manage a virtual team and you have to manage all aspects of that team (and some even club management). Rewards can be won or bought that improve your players, team or club. It is easy to imagine a game where real world physical actions can lead to rewards in the virtual world. An example of that is the American Horsepower Challenge where children can buy clothes and upgrades for their (horse) avatar by doing physical exercise.

A great innovation according to me and we don’t have enough of this types of games for every age group, but we are watching the award show of 2024 and Jane wouldn’t be Jane if she goes onto the next level of immersion. megaNFL let’s you collect ‘resources’ and ‘rewards’ by doing something good for the human body (as does Zombie Run or the American Horsepower Challenge), but the rewards aren’t used in a virtual world, but in the real world. In megaNFL you can ‘win’ an extra down for your team when you (and your group) reaches the goal or beats the contester (or group) of the other team. Translated to soccer that would be that the fans of Manchester United are doing a ‘who runs the most’ competition against the fans of Bayern Munich. The winner of that contest wins a corner kick for their team, or a real 12th player for the last 5 minutes of the game. Jane uses a fourth addition in her claim to support why the board members of the NFL, FIFA or field hockey federation would change their rules by 2024 to let the supports have such an impact on the games. In this addition she mentions the law suits on brain damage that were a big topic in the last NFL season (brain damage also is a problem in soccer and field hockey). As someone who has got “SuperBetter” from a brain injury she hopes that the NFL will feel the moral obligation to participate in such a step. Let’s hope they will. I sure would to like to see (a kind of) megaNFL.